Remember that leak in your basement? So now with the dry weather, it’s not as bothersome, and you’re hanging onto your money and not giving it much thought.

Not a big deal, you may think.  After all, your basement isn’t finished, or maybe you only use part/ or all for storage and the occasional project.  The water will evaporate eventually, right?  Or, you can clean it up with a wet vacuum.

Why panic, right?  And why spend money fixing a leak that really isn’t hurting anything?

Well, not so fast, there, frugal homeowner.  By ignoring a leak in your basement you may be creating other problems in your home and you may be doing so based on an erroneous assumption that fixing the leak will be too costly.

Why Not to Ignore a Leak in Your Basement

Let’s step back and take a look at the consequences of ignoring a leak in your basement.

When seepage occurs in the basement of your home, the water (whether it’s a little or a lot) has nowhere to go except to accumulate in a puddle on the floor.  Along with being messy to step in, that puddle of water can create some real problems:

Increased Humidity – As stated correctly above, water that accumulates in the basement from seepage will eventually evaporate.  That does take care of the puddle on the floor but all that moisture ends up in the air in your home, which drives up the humidity in the atmosphere.  Home HVAC systems are designed to manage humidity in the house, true, but air-conditioning, for example, has to run that much harder and longer to remove all that added humidity from the air.

Ever hear that joke about the electric meter spinning fast enough to cut cheese?  Welcome to your future.

Mold – Mold is an unfortunately common occurrence in homes and it can be detrimental to the health of everyone that lives there.  Mold spores spread easily and are often conducted from the basement into aboveground living spaces, either by HVAC systems or the  “stack effect” that causes movement of air into, out of and through buildings.

Mold spores require three things to grow and spread, two of which – food and warmth — are always present in most basements.  (Food for mold is any organic material, including wood, paper and drywall.)   When the third factor, moisture, is introduced into the environment, even long-dormant mold spores can spring to life and begin causing havoc.

OK, you say, but I’m hanging onto my money right now, and isn’t fixing a leak in a basement going to be expensive?

Fixing a crack in a poured concrete wall is a simple process of  injecting it with expanding polyurethane to fill and seal it against future leaks.  Done right by a basement waterproofing professional, the cost will be several hundred dollars, not the thousands you may be imaging.

Of course, if the problem originates with seepage through a masonry wall or is created by hydrostatic pressure under the foundation, the repairs will be more extensive and will cost more but will also eliminate the possibility of mold and humidity that may cause respiratory problems for your family and damage to your home.

So, remember, that leak in your basement, should not be ignored – call a basement waterproofing professional today for an assessment. Most times it’s a free estimate. 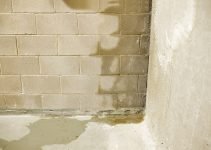 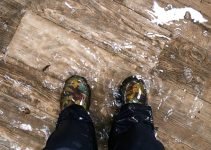 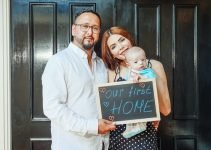